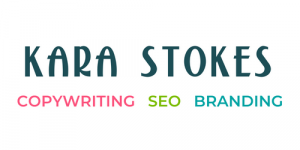 Catching eyes: How to get more attention on your brand

STOP THE SCROLLING! It’s the #1 goal of social media marketing – to nab viewers’ attention. So how do you do it?

First, you’ve got to stand out from every other business that’s like yours.

In 2006 I spent half a day getting lost in a Bangkok shopping centre. This place was epic, it had entire levels dedicated to certain types of products.

Everything you needed and a gazillion things you didn’t. It was so overwhelming and yet I found a store that had skirts I adored. I bought two and they’re still lovingly hanging in my closet. I’ve never found clothes I loved so much as in that shop.

How did it attract my attention while being surrounded by 50 other women’s clothing stores?

By having styles colours and sizes different from all the other stores. (And different to anything in Australia at the time.)

Those retail shops have it tough. Their competitors bump walls with them and stare at them from across the hallway.

But that’s nothing compared to the digital marketplace.

Your competitors are constantly jumping in front of your customers, saying pick me and waving their arms about. All. Day. Long.

How the heck do you stand out???

There are some well-known ways like having a strong tone of voice and attractive visuals. But what if you want to do something different?

What if you don’t want to march to the beat of your own drum but wiggle to the tap of your own triangle instead?

You don’t have to follow what everyone else is doing. It’s okay to surprise your viewer with posts uncharacteristic of your niche.

There, I’ve given you permission to rock out on your kazoo. Let’s look at how to do it with some unusual ways to get attention. 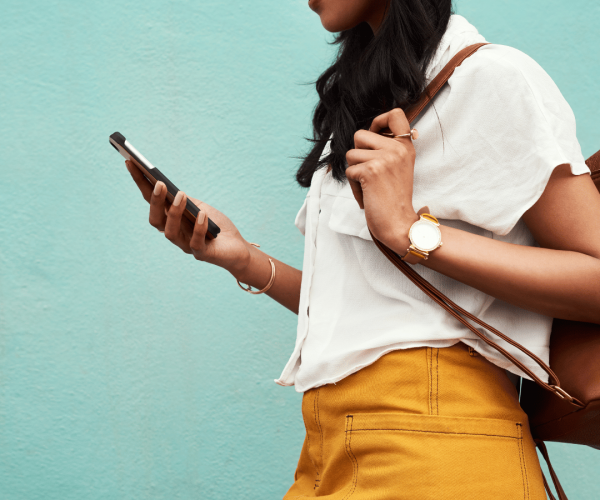 BRANDS DOING IT THEIR WAY

Dianne Laurance does this beautifully, she was ditched for a younger woman after 26 years of marriage with her husband. Instead of allowing a heart-wrenching break-up to destroy her world, she used it as a launching pad to inspire other women. She’s authentic, heartfelt and every post shows off her love of fashion. You’re never quite sure what she’ll post next, but you know it’ll make you smile.

Samantha Bright, from Ads For Breakfast, uses 90’s themes in her content to entertain her audience while educating them. From reels talking about funnel strategy using snippets of Top Gun to cover photos of retro tech, Samantha’s feed is hard to resist.

Another colourful brand is Jelly Bean Manor, a photoshoot and content creation location that’s ditched the white walls for a plant-filled and vibrant style. Now I love a clean white background as much as anyone, but if you’re a bold brand in Perth, Kelly Joy has created the ideal space for you.

How do you know it’s going to work?

Publishing a fresh style of content and having a bold brand voice are fantastic ways to get more eyes on your brand. But you’ll never know if it’s right for your business until you test it.

Before you roll it out everywhere, do a small batch test first.

Choose a small segment of your audience and share your new style with them to see how they react. It’s easier to fix from a small test than changing an entire rebrand.

What if you’re creating an offer never seen before?

If you’re working on an industry-disrupting offer, make sure it’s going to fill a gap.

Remember Clubhouse? They had a burst of massive success because they were exclusive and no one was doing what they did. Every android user had FOMO and every Apple user wanted an invite. If you wanted to hear celebrities speak live, business growth…and random weirdos spouting whatever they liked, Clubhouse was the place to be.

Then the Clubhouse competitors start rolling in. Even after they opened the app up to android users, the hype was already gone.

After hitting 10 million users on their platform, no one talks about Clubhouse anymore.

Could they have avoided total failure? Possibly.

If they’d kept it exclusive by making the invites harder to get it might have drawn out their growth and kept them hanging around longer.

But their success was mostly about timing. People were stuck in lockdown and bored. They had loads of time to listen to celebrities waffle on.

They made some noise, killed boredom and are currently valued at $4 billion (after being valued at $100 billion in 2020).

So when you’re creating a new offer, don’t focus just on distracting people but on providing them with a different kind of solution to their problem.

What if you’ve got a small budget?

A low level of funds forces you to get creative. Like the founders of Airbnb, who sold cereal boxes to help fund their business idea.

The path to your dream goal won’t be a straight line, so embrace the little detours. They might lead to something you’d never thought of, a winning idea or a collaboration that could change the future of your business.

Now go on and publish that post you’ve been holding back on. You know the one 😉