Fading out or firing up: capturing more leads in February

Then they’re stuck feeling more frustrated than they were in December.

So how do you help your audience to start over?

Just because they haven’t hit their big goal (or any small targets) doesn’t mean they should throw it all in and become a couch slug.

Depending on your audience February brings different emotions:

Whoever you’re wanting to work with, it’s vital to know where they’re at.

So, take some time to think about what they’ve been through over the past few months. Make a list of emotions they’re feeling and significant events in their lives.

How you can reengage them and get them through your door?

First (and always) acknowledge that it’s okay to be where they are now.

I’m not the kind of marketer who will tell you to make your audience feel wretched to get them to buy. Nuh-uh, not my style.

Forgiveness is huge when it comes to boosting motivation.

And it goes oh so nicely with the word February. Forgiveness Feb – where you give yourself a break. Sounds good to me.

Next reassure them that just because they haven’t leapt 278 hurdles or slam-dunked their goal, doesn’t mean it’ll NEVER happen.

You’ve got to get them excited. Reignite their new year energy.

Then you tell them a story. A tale of how they came to you, ditched their old habits and became the person they want to be. 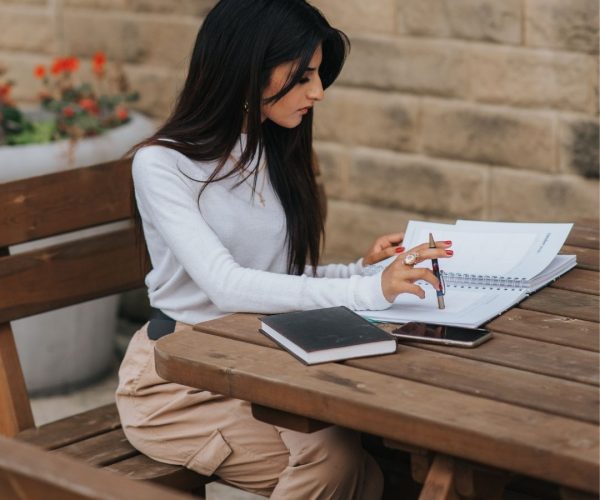 Prompting your audience to take action needs more than one Instagram post. You’re gonna need to build strategy. (It’s not as scary as it sounds.)

Creating a strategy starts with looking at your marketing assets – your website, social media pages, accounts and groups, and email list.

Decide how hard you want to go at this campaign and then plan out content for each of your marketing assets.

Nothing to be afraid of.

Now I bet you’re thinking but how the heck do I find time to do all that?

Write the blog post at the start of the month.

Take two small paragraphs from it to create two of your social media posts. (Have four to five promo posts you can recycle every month too.)

A third of the work.

Now, create templates for your promos so they all look, sound and feel the same. Just drop in fresh images and words each month.

Don’t make it harder than it needs to be.

Once you get the hang of all that and you’re cruising, then you’ve got more time and energy to get creative with your email list. Maybe share a client success story or a Google review you received.

But start with the basics first to get your audience fired up in Feb!